Book Break our monthly a high-spirited book club with a focus on fun. Read a book, have some fun, and meet new people. Currently, the group meets virtually on the third Wednesday of the month at 1:00 p.m. All are welcome!

The Splendid and the Vile by Erik Larson 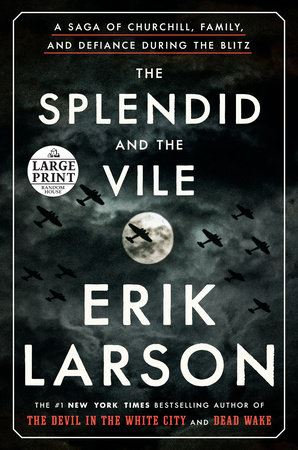 The #1 New York Times bestselling author of The Devil in the White City and Dead Wake delivers an intimate chronicle of Winston Churchill and London during the Blitz—an inspiring portrait of courage and leadership in a time of unprecedented crisis.

On Winston Churchill’s first day as prime minister, Adolf Hitler invaded Holland and Belgium. Poland and Czechoslovakia had already fallen, and the Dunkirk evacuation was just two weeks away. For the next twelve months, Hitler would wage a relentless bombing campaign, killing 45,000 Britons. It was up to Churchill to hold his country together and persuade President Franklin Roosevelt that Britain was a worthy ally—and willing to fight to the end.

For more information, please contact the Reference Department at 817-427-6814.