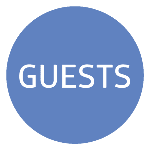 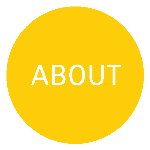 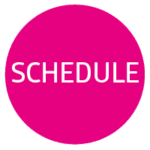 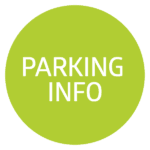 The Mid-Cities Teen Book Fest is pulling double duty this year! First, tune in to one of our virtual discussions or workshops on Friday, October 15 (perfect for classes to watch together), and then drop by the NRH Library on October 16 for our live & in-person event! We'll have free lunch provided by In-N-Out (while supplies last), engaging panel discussions, book signings, and more! 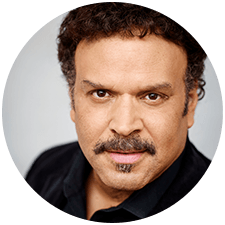 Neal Shusterman is an award-winning novelist, screenwriter, and television writer. He won the 2015 National Book Award for Young People’s Literature for Challenger Deep. His novel, Scythe, was a 2017 Michael L. Printz Honor Book and is in development with Universal Studios as a feature film. His novel, Unwind, has become part of the literary canon in many school districts across the country and has won more than thirty domestic and international awards. He co-wrote his novel, Dry, with his son Jarrod, and in addition to being on numerous award lists, Dry is currently in development with Paramount Pictures. His most recent novel, Game Changer, is in development with Netflix as a TV series, and he is co-writing the pilot episode. 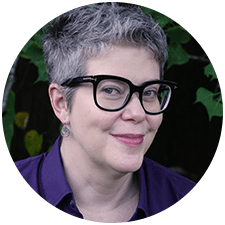 Claudia Gray is the writer of multiple young adult novels, including the Evernight series, the Firebird trilogy, and the Constellation trilogy. In addition, she’s written several Star Wars novels, such as Lost Stars and Bloodline. She makes her home in New Orleans with her partner Paul and assorted small dogs. 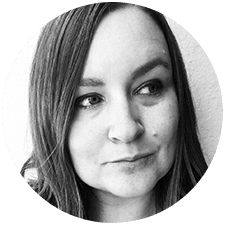 Kiersten White is the New York Times bestselling, Bram Stoker Award-winning, and critically acclaimed author of many books, including the And I Darken trilogy, the Slayer series, the Camelot Rising trilogy, and her upcoming adult debut, Hide. Her books have been published in over twenty territories, and her novel The Dark Descent of Elizabeth Frankenstein is currently in development with Sony Pictures Television. Kiersten lives with her family in San Diego, where she can regularly be found pressing her hands against the glass of her back door, furtively whispering "I love you" to her deeply ambivalent tortoise, Kimberly. 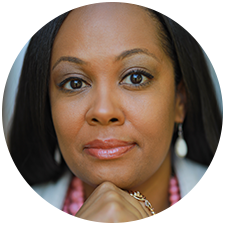 Kim Johnson is the author of the bestselling novel This Is My America and the incoming interim vice provost at the University of Oregon.

This Is My America explores racial injustice against innocent Black men who are criminally sentenced and the families left behind to pick up the pieces. She is an award-winning novelist, with 2021 accolades that include the Pacific Northwest Book Award, YALSA Top Ten Best Fiction, and the ILA Notable Books for a Global Society. 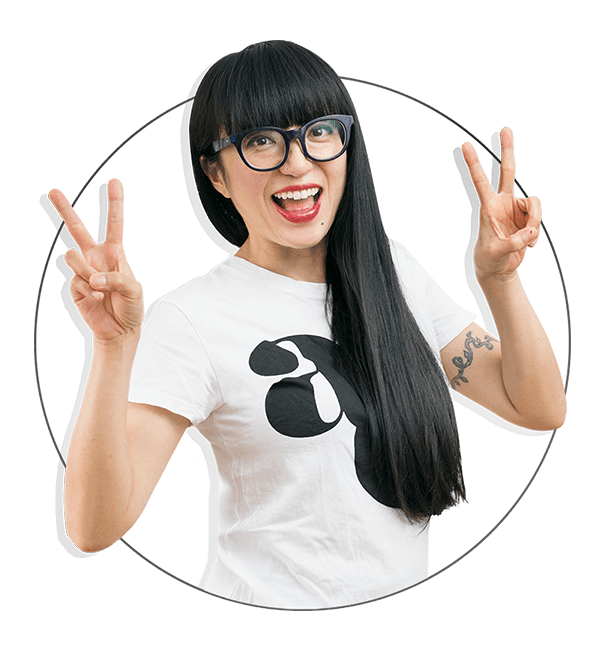 Misako is a Japanese manga artist and manga teacher currently living in New Jersey. At age 19, she won a scholarship to come to America as an exchange student. Her first break came when The Onion decided to use her illustrations for their “Savage Love” column. Her autobiographical comic, Rock and Roll Love, was featured in Best Teens Book List by NYPL. Outside of the U.S., she has published four books in Japan. Her latest book, How to Learn English with Misako’s Method became the bestseller on Amazon Japan.

Misako has taught manga drawing classes at Metropolitan Museum, The Chapin School, The Hewitt School in Manhattan, along with her private online lessons. 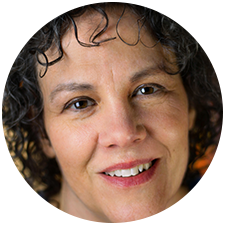 New York Times-bestselling author April Henry knows how to kill you in two-dozen different ways. She makes up for a peaceful childhood in an intact home by killing off fictional characters. There was one detour on April's path to destruction:  when she was 12 she sent a short story about a six-foot-tall frog who loved peanut butter to noted children's author Roald Dahl. He liked it so much he showed it to his editor, who asked if she could publish it in an international children's magazine. By the time she was in her 30s, April had started writing about hit men, kidnappers, and drug dealers. She has published over 24 mysteries and thrillers for teens and adults, with more to come. She is known for meticulously researching her novels to get the details right. 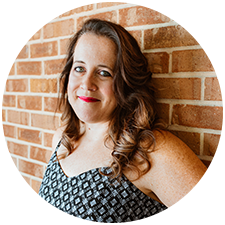 Brigid Kemmerer is the New York Times bestselling author of dark and alluring Young Adult novels like A Curse So Dark and Lonely, More Than We Can Tell, and Letters to the Lost (Bloomsbury), as well as paranormal YA stories like The Elemental Series and Thicker Than Water (Kensington). A full-time writer, Brigid lives in the Baltimore area with her husband, her boys, her dog, and her cat. When she’s not writing or being a mommy, you can usually find her with her hands wrapped around a barbell. 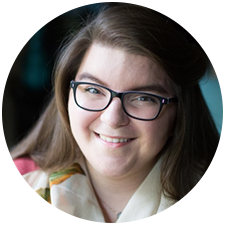 Ashley Schumacher is the author of Amelia Unabridged and Full Flight and has a degree in creative writing from the University of North Texas. When she’s not reading or writing, she’s either singing Disney songs, finding new and exciting ways to pester her family, or trying to find her inside voice, which has been sadly missing since birth. She lives in a small town north of Dallas with her husband, son, and more books than is strictly necessary. 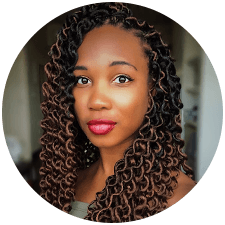 Ayana Gray is an author of speculative works and a lover of all things monsters, mythos, and #MelaninMagic. Originally from Atlanta, she now lives in Little Rock, AR, where she reads avidly, follows Formula One racing, and worries over her adopted baby black rhino, Apollo. Her highly anticipated young adult debut, Beasts of Prey, is forthcoming and will be published on September 28, 2021! 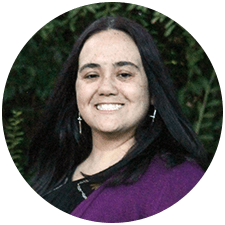 Amanda lives in Fort Worth, Texas, where she teaches high school chemistry. As an avid reader, she always encouraged her students to read during study hall in her classroom. They complained about being forced to read "boring" books, which gave her the idea to write a book her students would like to read. They all became wonderfully supportive of her and helped convince her to publish the book. Memory Lane is her first novel. 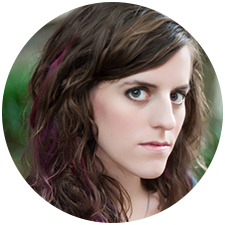 Claire Legrand is the New York Times bestselling author of several books for young readers, most notably the Empirium Trilogy, as well as The Cavendish Home for Boys and Girls, the Edgar Award-nominated Some Kind of Happiness, and Sawkill Girls, which has been nominated for both a Stoker Award and a Lambda Literary Award. She lives in New Jersey. 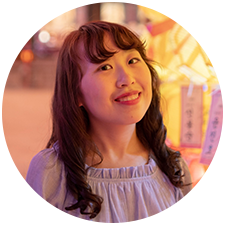 Lyla Lee is the author of the Mindy Kim series as well as the YA novel, I’ll Be the One (Katherine Tegen/HarperCollins). Although she was born in a small town in South Korea, she’s since lived in various parts of the United States, including California, Florida, and Texas. Inspired by her English teacher, she started writing her own stories in fourth grade and finished her first novel at the age of fourteen. After working various jobs in Hollywood and studying Psychology and Cinematic Arts at the University of Southern California, she now lives in Dallas, Texas. When she is not writing, she is teaching kids, petting cute dogs, and searching for the perfect bowl of shaved ice. 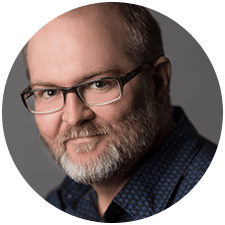 Author of Hannah Goodheart and the Guardian of Time, C. Michael Morrison is a man of many talents. His passion for storytelling began as a boy growing up in a small river valley town in West Virginia, where he cultivated an affection for science fiction. It’s no surprise that these days, he can be found on the Trek.fm podcast network, where Mike is co-host of Meta Treks: A Star Trek and Philosophy podcast, as well as an occasional contributor to other shows on the network. In addition to being a devout PEZ collector, Mike is the Lead Pastor of Collin Creek Church in Plano, TX. 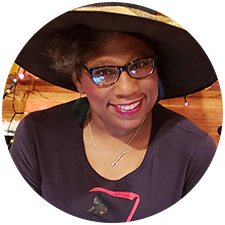 Miracle Austin works in the social work world by day, and in the writer's world at night and weekends. To date, she has created over 70 diverse, free-verse poems and 20 short stories. Horror and suspense are her primary genres of choice, confessing that watching "Squirm," written and directed by Jeff Lieberman, and "Carrie," written by the captivating and brilliant Stephen King, as a pre-teen, ignited her interest in horror and suspense. Miracle resides in Texas with her family. 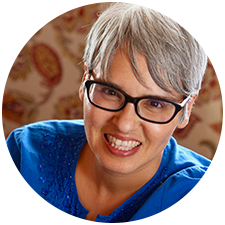 Rebecca Balcárcel’s debut novel, The Other Half of Happy, is a Pura Belpré Honor Book and was named one of Booklist’s Top Ten First Novels of 2019 as well as a Notable Book by American Library Services for Children. Rebecca pets her cat when she is not serving the students of Tarrant County College as Associate Professor English or eating popcorn. She took her MFA from Bennington Writing Seminars, and she analyzes literature on her YouTube channel, SixMinuteScholar, for 25,000 subscribers. Her next book features a kid whose Guatemalan dad reveals a secret that changes her life forever. 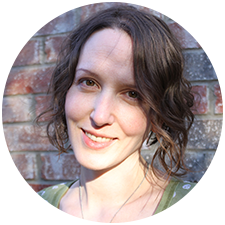 Sarah Mensinga is an author and illustrator originally from Canada who now lives in Texas with her husband, three kids, and two cats. Sarah has previously worked in the animation industry on titles such as Escape From Planet Earth, Unconditional, and The Adventures of Jimmy Neutron. These days, she's writing novels and picture books, and sometimes working in the animation industry. Her artwork is represented by Shannon Associates. 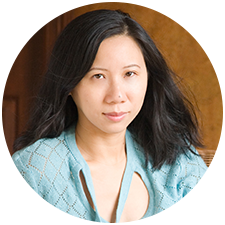 Sherry Thomas is the author of nineteen novels across multiple genres, including the acclaimed Lady Sherlock mystery series, a YA fantasy trilogy that began with The Burning Sky, and more than a dozen romance novels, which have twice won her the Romance Writers of America's prestigious RITA® Award. Born in China, she learned English as a second language and now lives and writes in Austin, Texas. 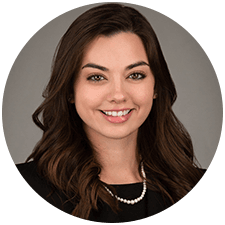 Krina Traywick
Krina is the Head of Accounting at a local non-profit, and has served on the board of the NRH Library for over four years.  She consumes most of her books via audio while working on home remodeling projects or while walking her dog, Oliver. 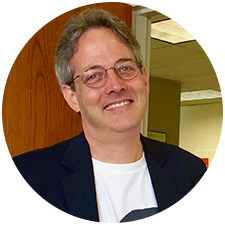 Mike Merschel
Michael is the author of Revenge of the Star Survivors and a journalist who spent 25 years at The Dallas Morning News, including 12 as editor of book coverage. He is currently a writer and editor for a nonprofit organization. 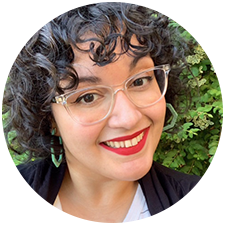 Yaika Sabat
Yaika is a Senior Readers’ Advisory Librarian for NoveList. As part of the editorial team, she edits, updates, and creates content for the NoveList database. She is a huge fan of graphic novels and loves anything spooky.

For up to date information, author announcements and more, follow us on social media! 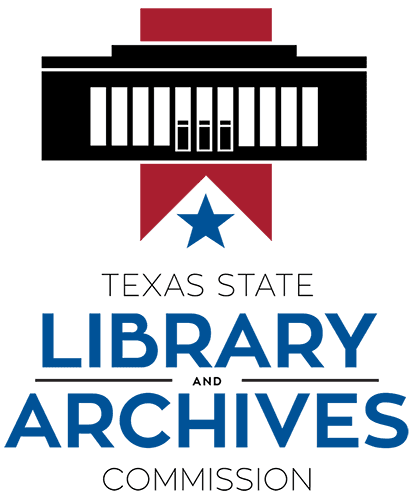